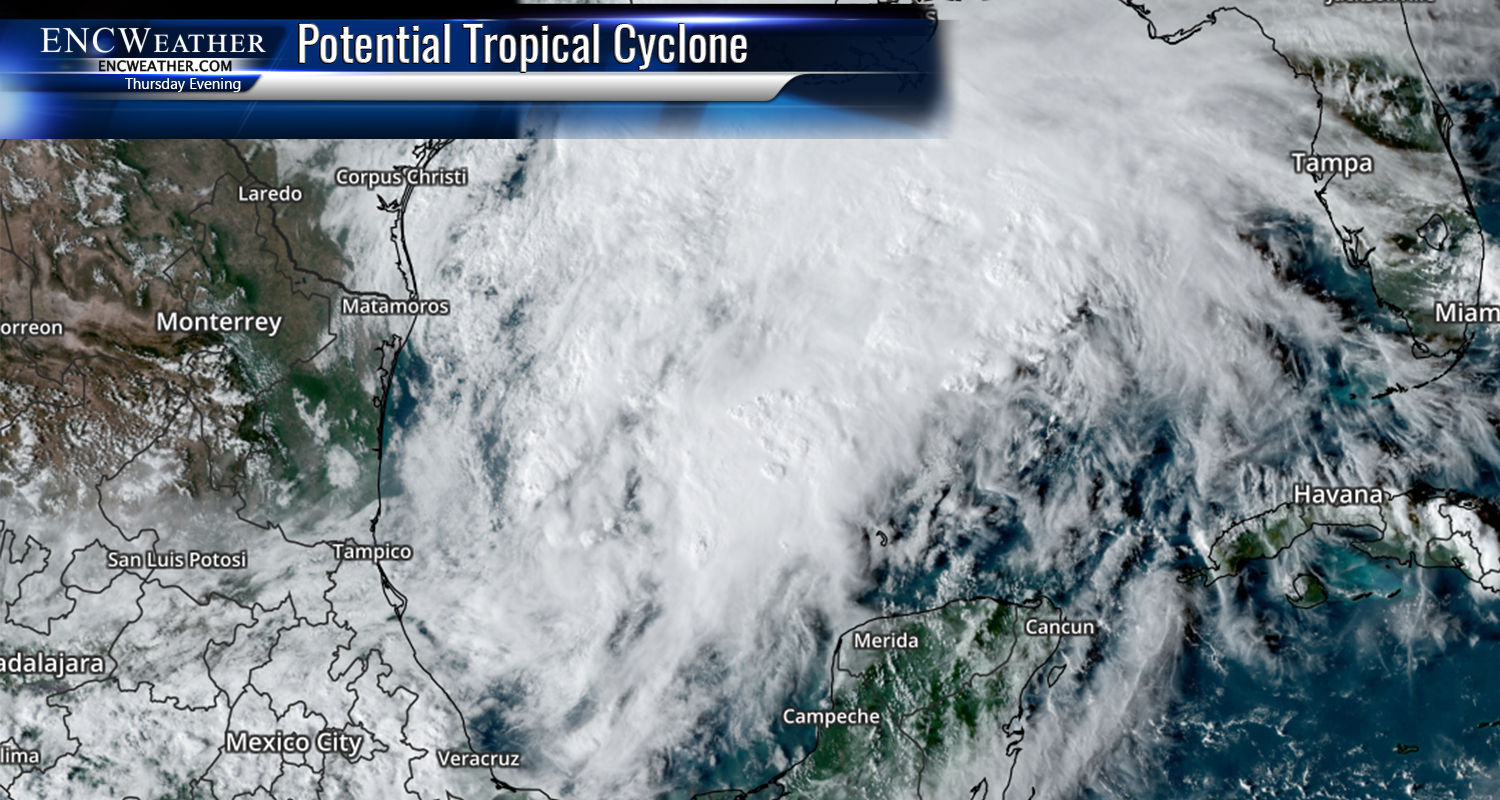 The system has yet to obtain full tropical characteristics lacking a defined center of circulation and significant convection. Forecast models do suggest that the system could obtain tropical or subtropical characteristics over the next 24 to 36 hours before making landfall along the Florida Panhandle. Once it does become tropical or subtropical, the next name in line is Nestor.

This system will be a fast mover with landfall early Saturday morning and push off the Mid-Atlantic coast by Sunday afternoon/evening as an extra-tropical cyclone. Despite it’s quick movement, heavy rains will still be a threat for those in the path of this storm. With regard to forecast track, the general forecast is pretty straight-forward (had to say it). It’s the slight deviations northwest or southeast of this line that will determine the exact concentration of the heaviest rain. 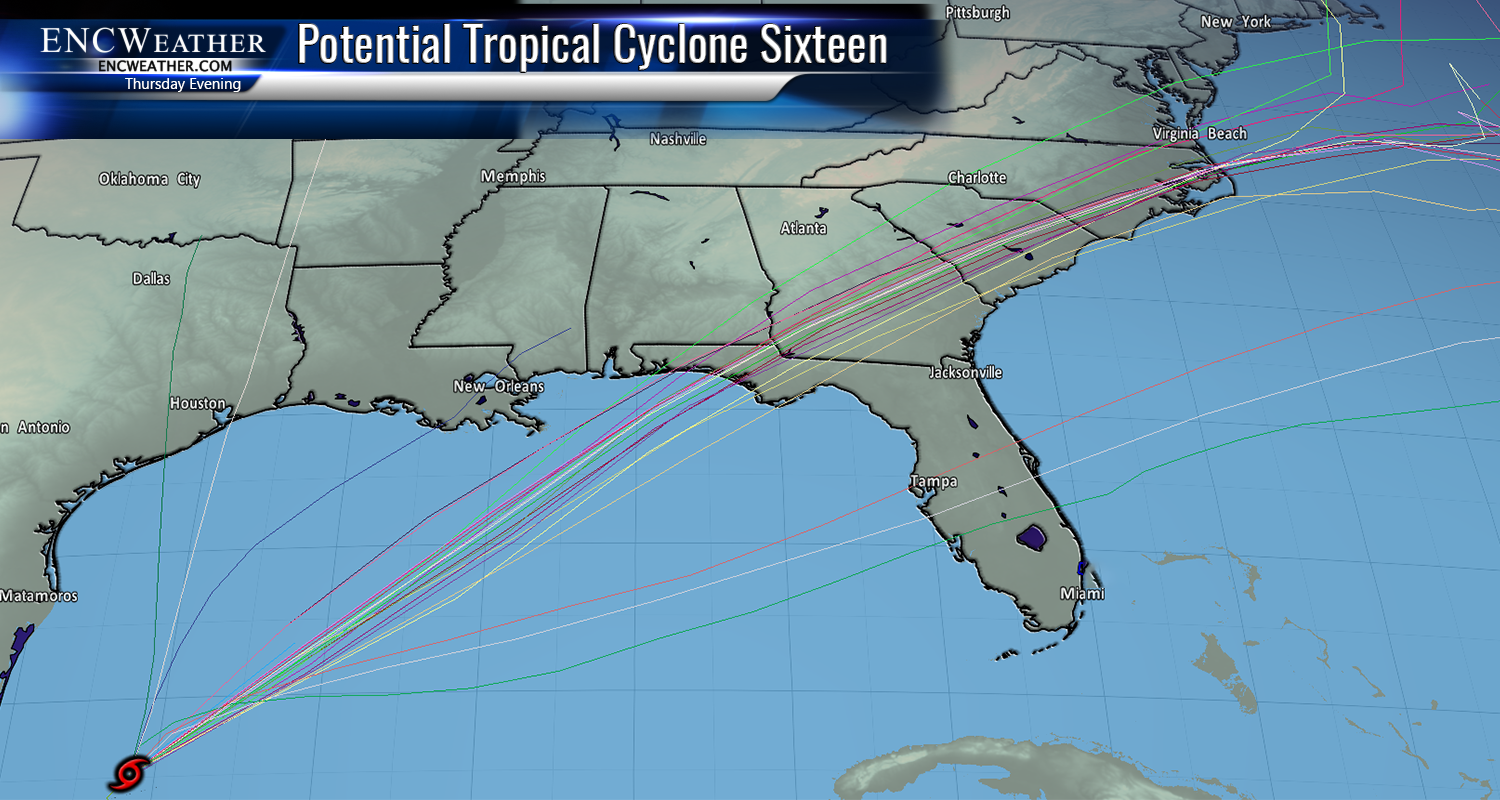 The highest rainfall will depend on the overall track of the system over ENC. Current forecast has the heaviest rains over the immediate coast though this could shift either way in future forecasts. 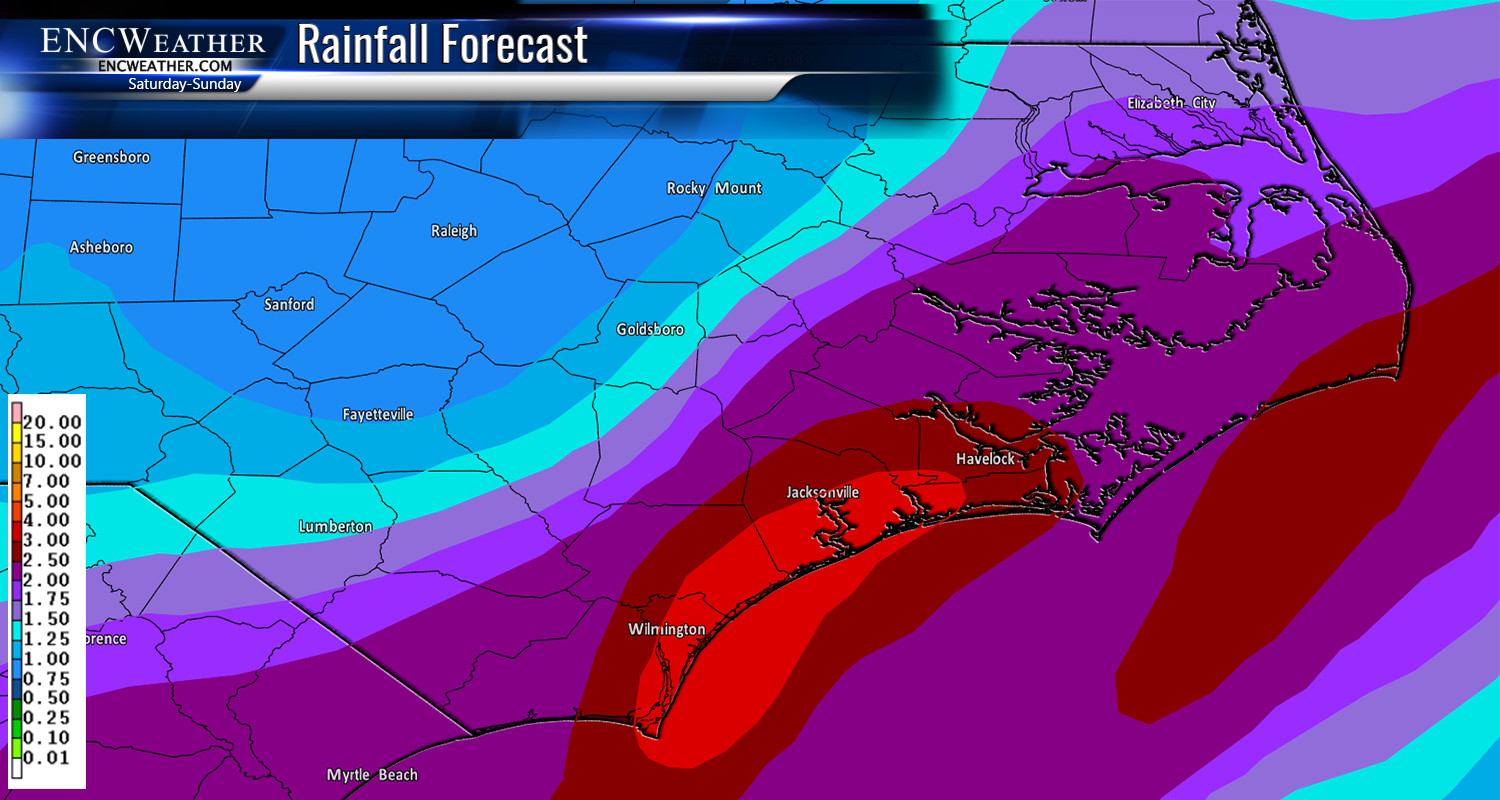 Along with the heavy rains, we can expect some gusty winds across the area but should remain well below tropical storm strength. Strong onshore winds could create the threat of coastal flooding along the ENC coast as the system passes.