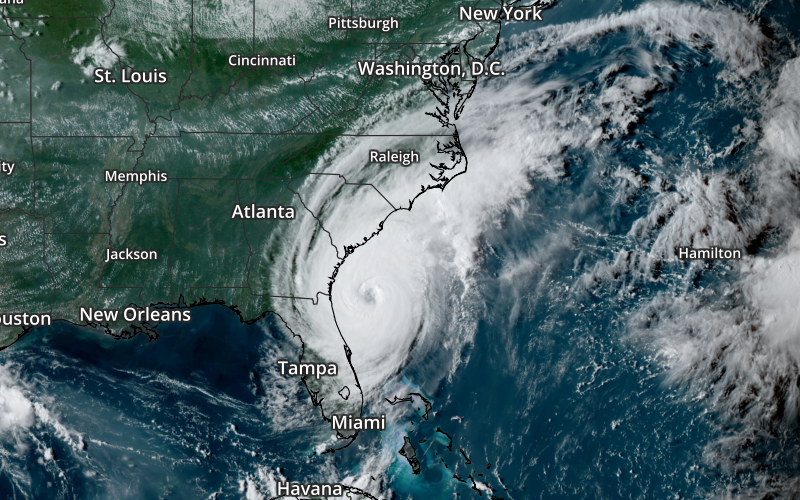 We are less than 24 hours out before the effects of Hurricane Dorian reach our area. Currently (6:00pm): Dorian is a category 2 hurricane with winds at 110 mph moving NNW at 8 mph. He will be making a turn to the north then northeast in next few hours but when that turn occurs will determine how close the center gets to the South/North Carolina Coast.

Update: Dorian is going to take a run at strengthening back to a major hurricane (category 3) before approaching the Carolina coast line.

The coast from Charleston, SC to Southern Shores, NC remain in the cone of uncertainty from the NHC the storm is not confined to these areas alone. Regardless of the exact track, hurricane conditions are expected along the coasts for both South and North Carolina even if the center does not make landfall. Inland counties can expect to see tropical storm conditions and tropical storm warnings have already been issued as well as hurricane warnings along the coast.

The graphic below of the forecast maximum wind gusts along the coast near or just about 100 mph and tropical storm force winds inland towards the I-95 corridor. Power and communication outages can be expected. Damages to roofs and mobile homes, large trees along with fences blown over, and some impassable roads due to large debris. 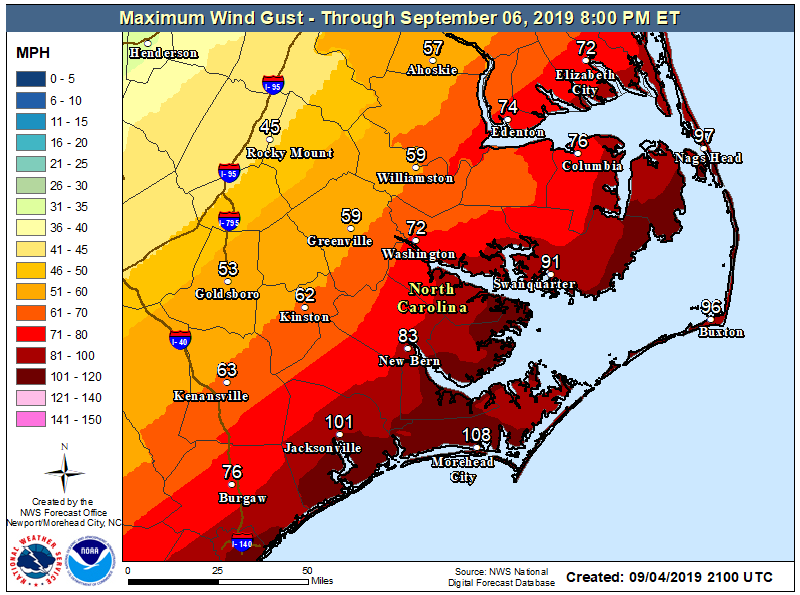 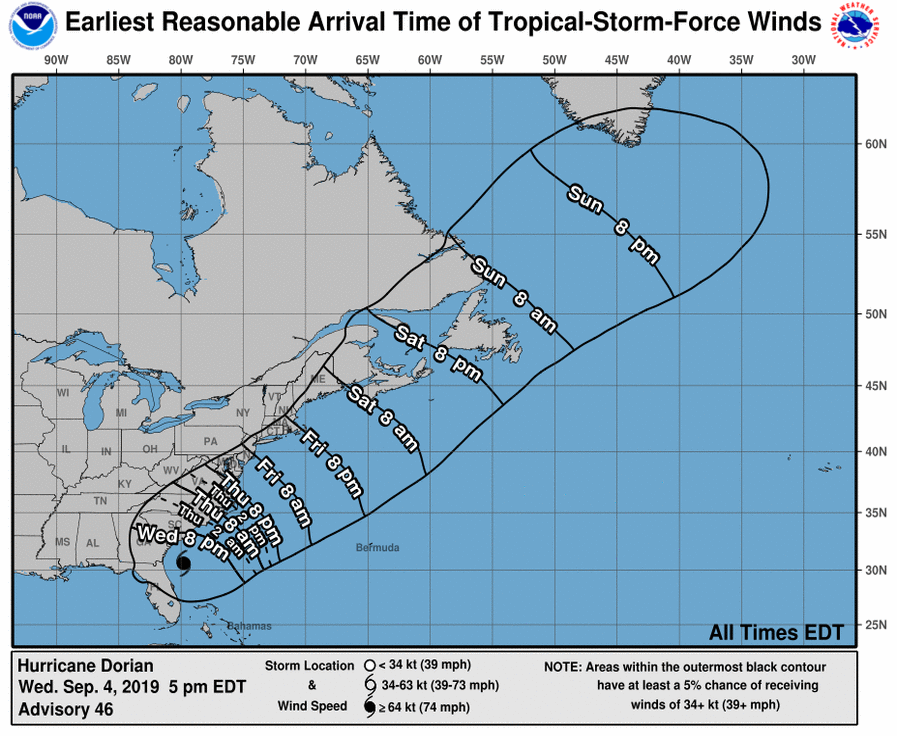 Another threat from Dorian will be the heavy rainfall that will be produced through the event. Current forecast has the heavest rainfall at the coast and gradually decreases the further inland you go. Flash flood watches have been issued for the area through Friday. River flooding will be minor to moderate levels but should not rise to the same level as Hurricane Matthew for Floyd. 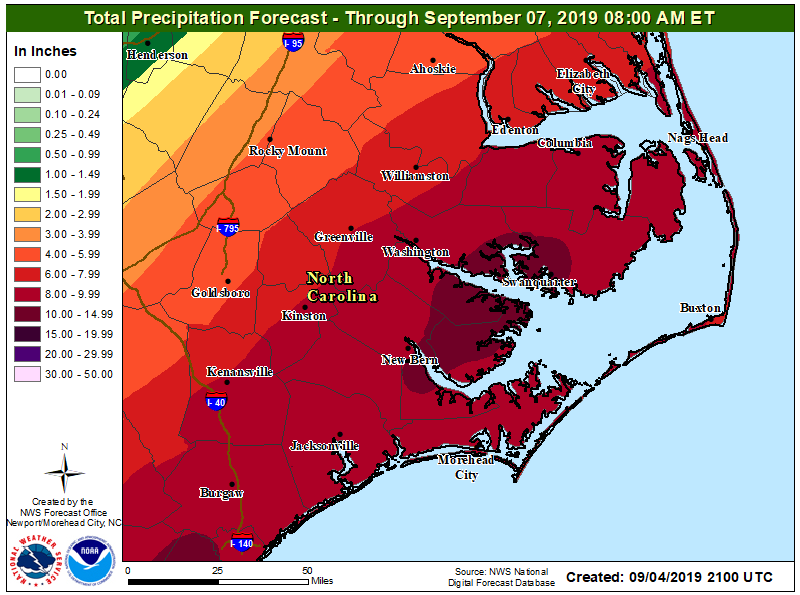 The coastal areas are also expected to see life-threatening storm surge as Dorian nears the coast. Storm surge warnings have been issued for all coastal locations (visit the NWS website for more detailed information). 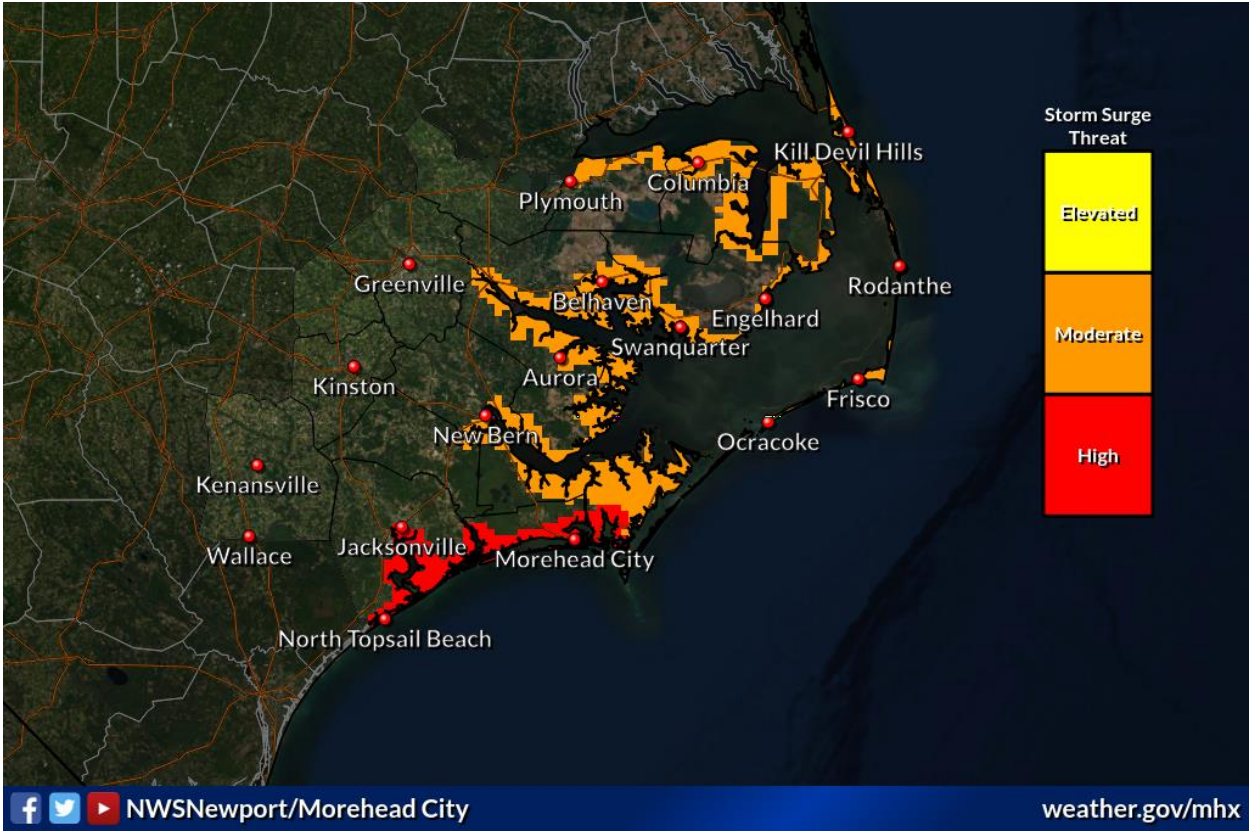 Isolated tornadoes are also a possibility across the area. 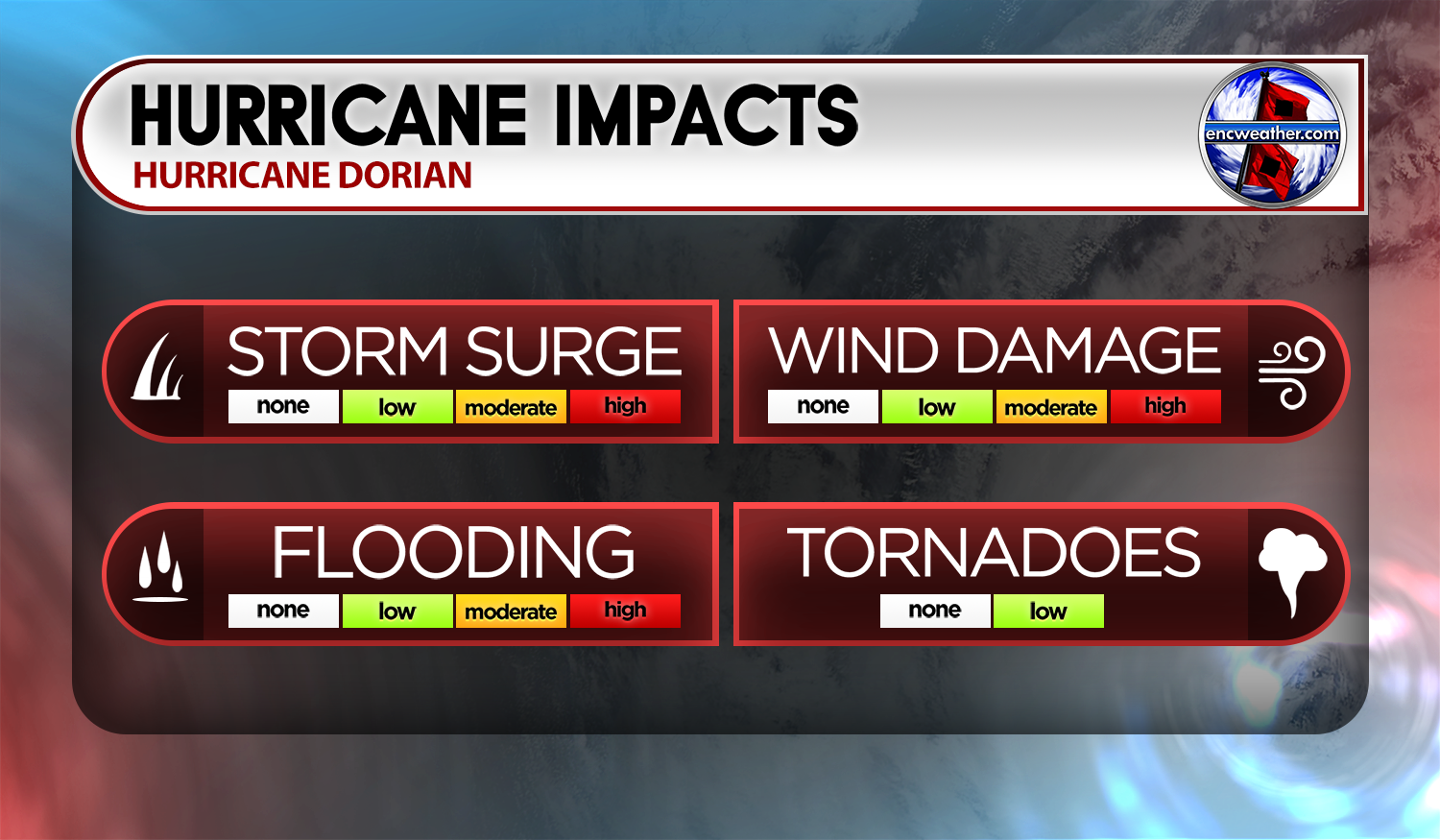 The storm should be pulling away from the area late Friday from southwest to northeast.

For additional information about Hurricane Dorian and its impacts on ENC, visit the Dorian Briefing from the NWS Newport/Morehead City.

I will update with any new information that becomes available.