Hurricane Isaias emerged off Hispaniola yesterday and has become more organized through Friday evening. As of 8:00PM July 31, 2020, Isaias is moving northwest at 15mph with maximum wind speed at 80 mph. This general track will continue for the next 24-36 hours where it will approach the east coast of Florida late Saturday evening. Tropical storm watches/warnings and hurricane watches/warnings for the east coast of Florida.

Isaias will continue to move northwest as it rounds the southwestern side of the sub-tropical ridge. Over the past 24 hours, the sub-tropical is showing signs of not weakening as much as previously forecast. This is due to the trough over the central US progressing slower as it moves eastward. This results in a more westward track of the center as of the 8:00PM advisory.

With the storm becoming a little more organized, some strengthening over the next 24-36 hours may occur. After that the storm will encounter southwesterly wind shear (noticeable in the forecast wind profile from the GFS) which will result in some weakening of the storm. The storm is still forecast to remain a hurricane as it approaches the east coast of Florida. 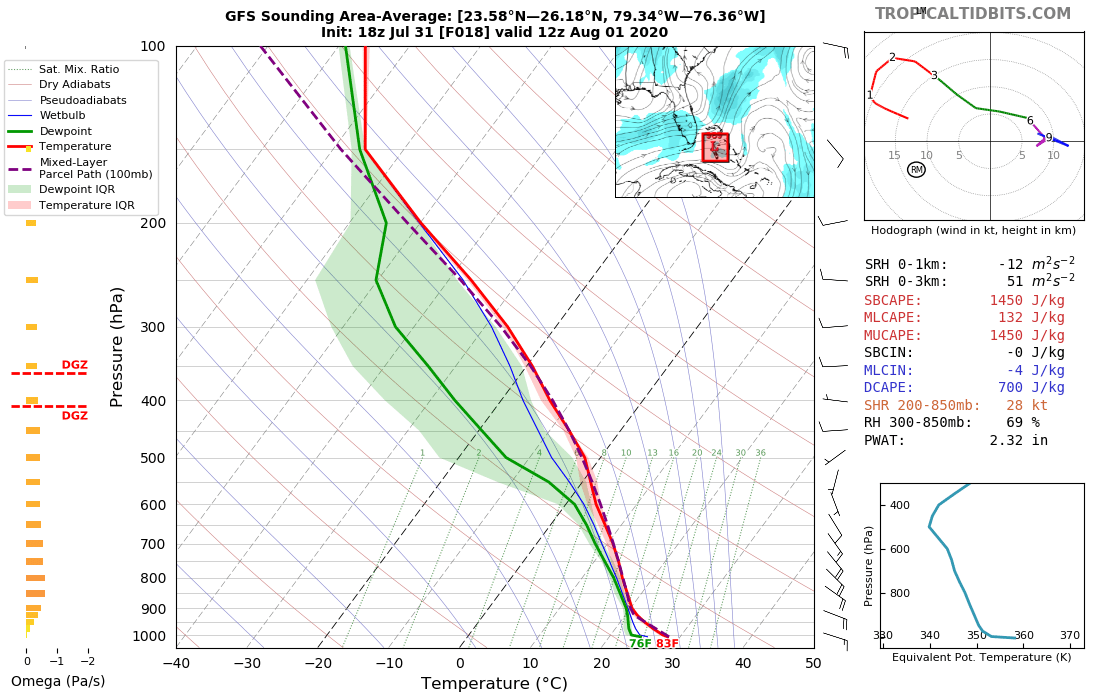 The previously discussed trough will continue to progress eastward through the weekend. During it’s approach, the storm will turn more north-northwestward and eventually northward within the next 24-36 hours. With the stronger ridge to the east, the center of the storm could make landfall in Florida as a category one hurricane and travel right up the entire east coast of Florida. The storm will continue to weaken as shear and land interaction will take a toll on the storm. By late Sunday, Isaias will turn north-northeastward and begin to accelerate. The center is forecast to emerge over water (if it does indeed make landfall) and potentially make landfall over Eastern North Carolina by mid-day Monday (details below). The storm will continue to move northeastward along the US coast as a tropical storm bringing tropical storm winds and heavy rain. This forecast is subject to changes as we receive more information. 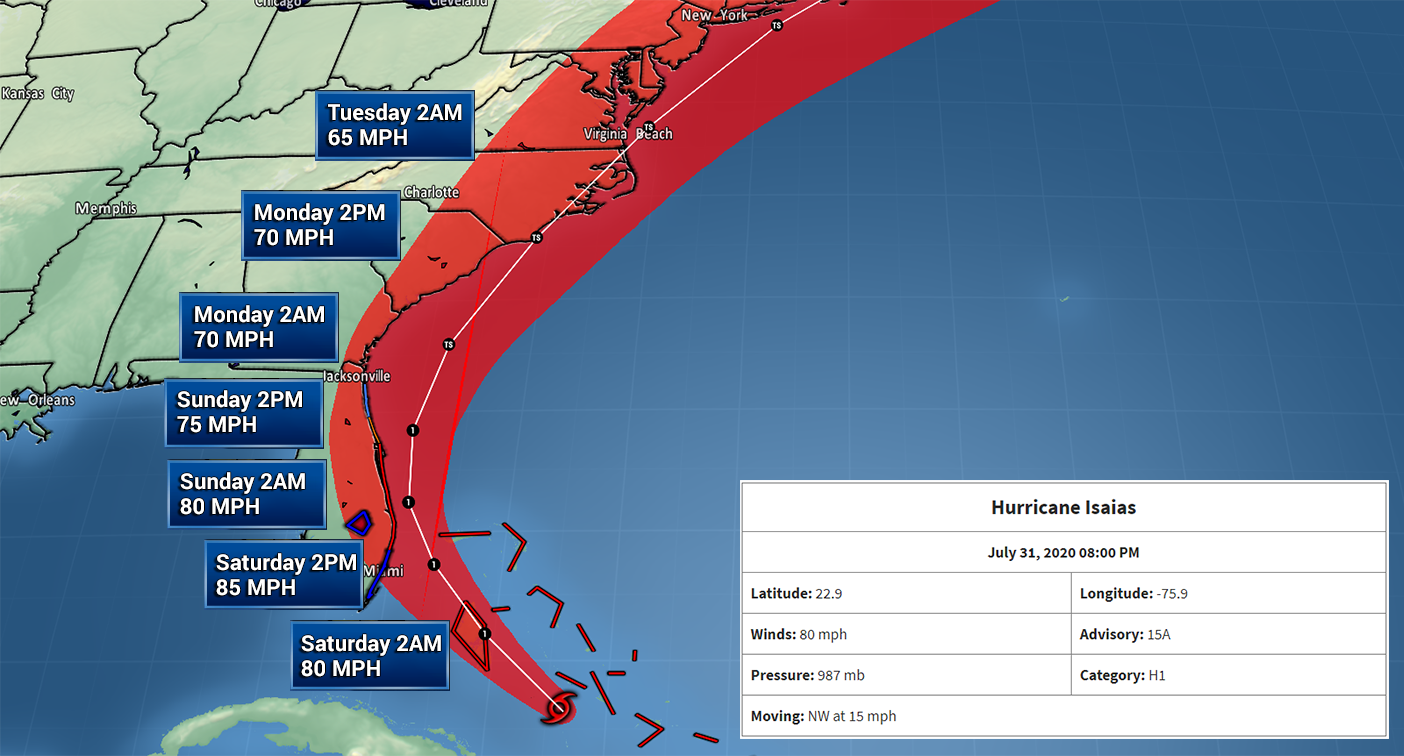 The storm will approach the area on Monday with the core of the storm arriving Monday afternoon although the exact track is still uncertain. Current forecast calls for a tropical storm by the time it reaches us with strong winds, heavy rain, isolated tornadoes, and storm surge. Rainfall totals could exceed 4″ mainly near the center of the storm with 2-4″ elsewhere. Tropical storm force winds could extend into inland counties though may vary depending on the eventual track of the storm.

There is still some uncertainty with this forecast so it is best to be prepared. Use the weekend to prepare especially if you live along the coast.

I will be watching the storm through the weekend and providing updates as new information becomes available.