Monday will be similar to today with mostly cloudy skies with the chance of some isolated showers mainly in the southern portion of ENC. Mid-level trough to our west will filter moisture from the tropical cyclones in the Gulf of Mexico northward over the southeastern US leading to mostly cloudy skies Monday and Tuesday. The upper-level trough to our west will be dissipating and mid and upper-level winds will come out of the northwest in response to an upper-level trough passing to our north which will dry out the upper-levels and leading to mostly sunny skies by mid-week. High temperatures hold near normal Monday with increasing temperatures mid-week with highs reaching the low to mid 90s for the remainder of the week. Scattered storms possible Friday and Saturday as remaining moisture from Laura will be picked up by an upper-level trough moving through the Great Lakes. 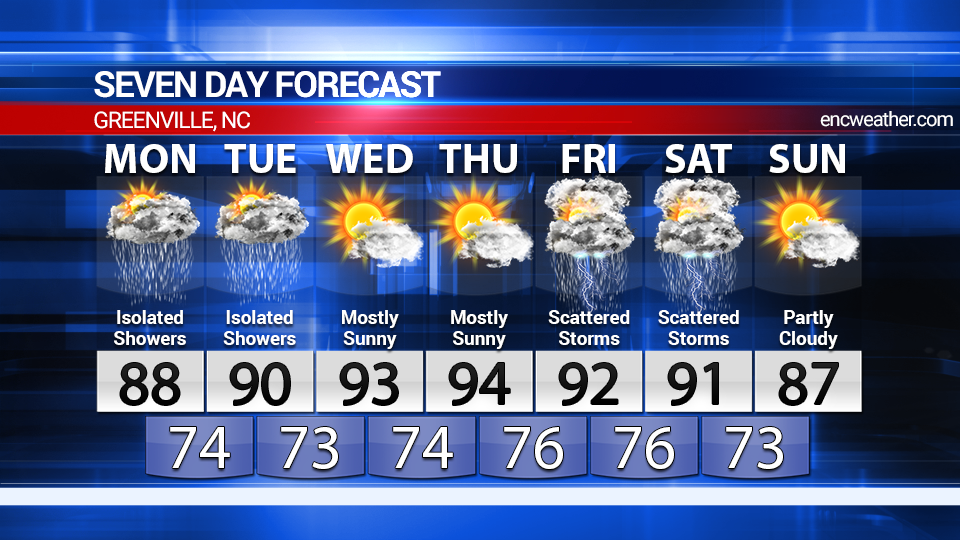 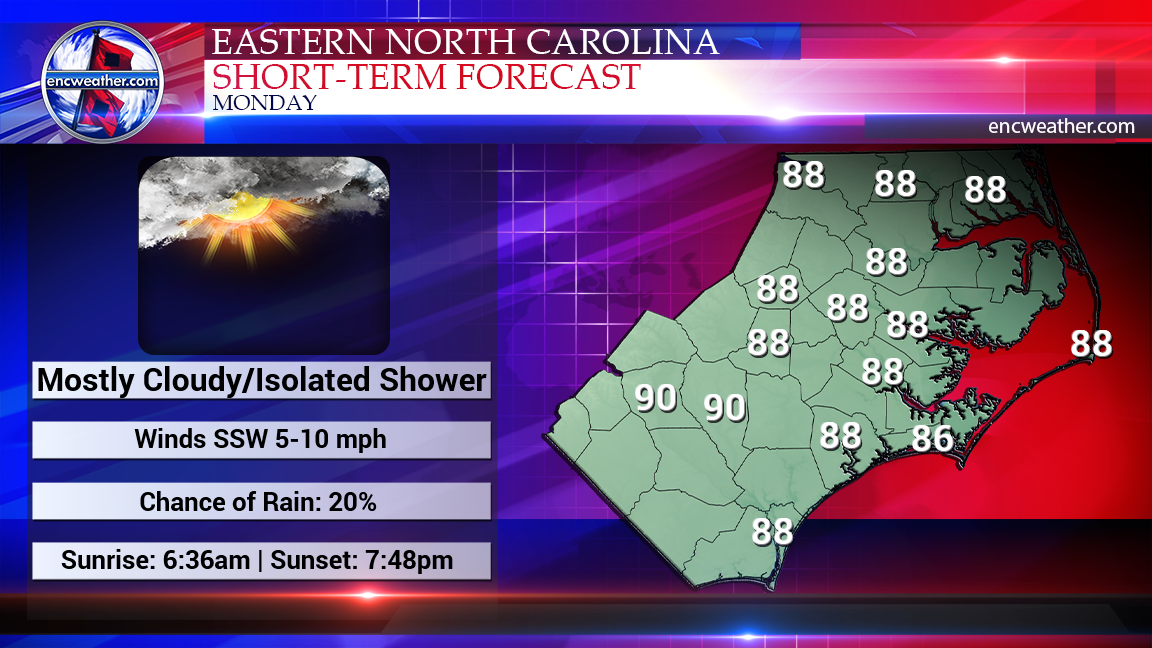 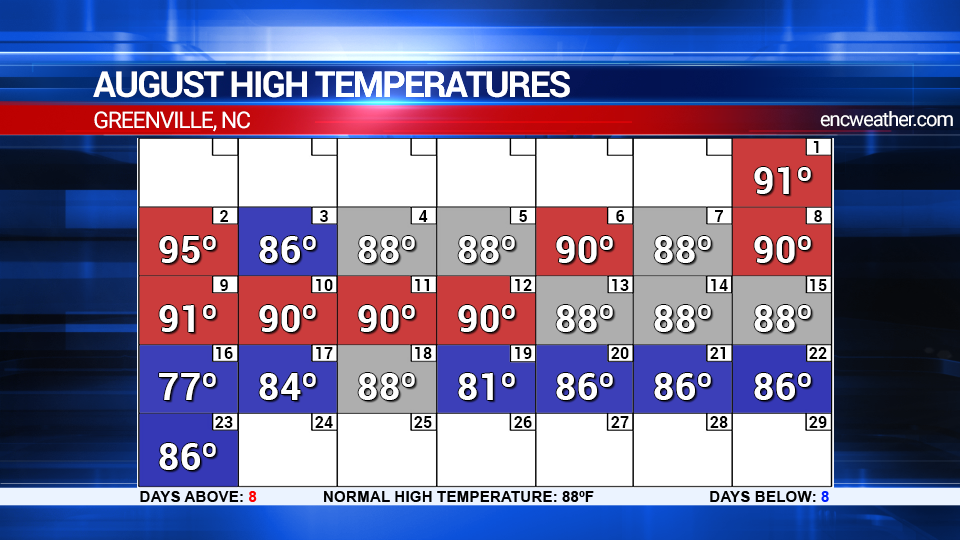 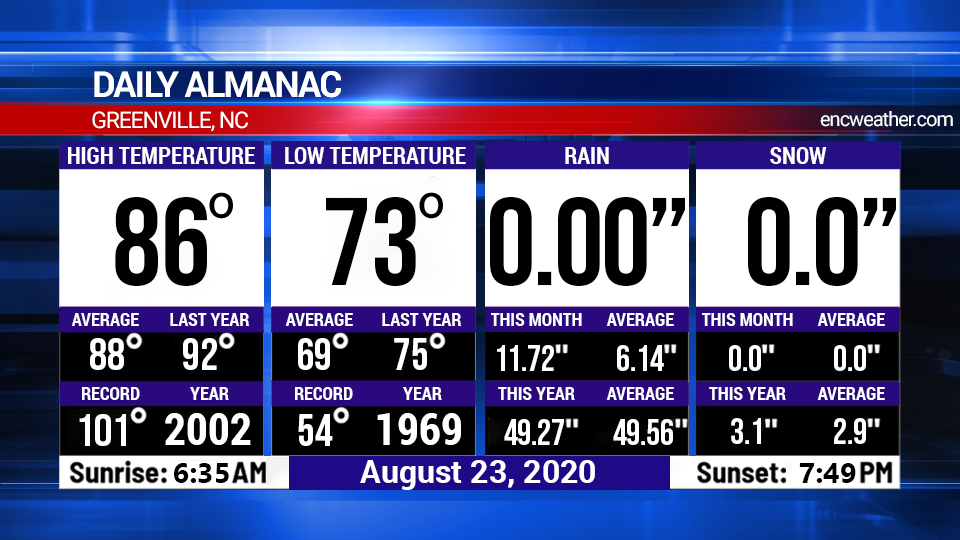