Skip to content
Another warm day for Sunday under partly to mostly cloudy skies. The majority of the region will remain dry with the greatest chance of an isolated shower being the immediate coast. High temperatures will begin creeping back up to the lower 90s during the second half of the week with thunderstorms returning to the forecast next weekend. 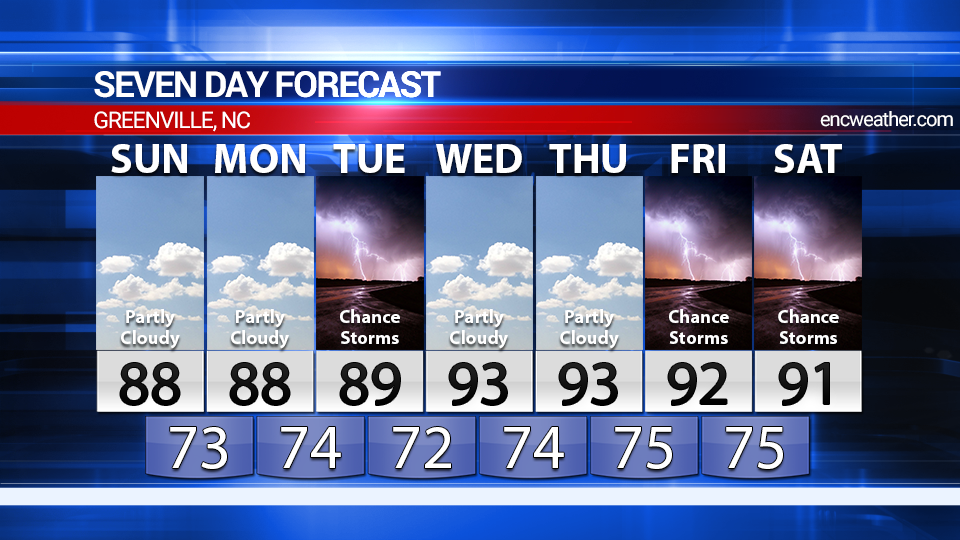 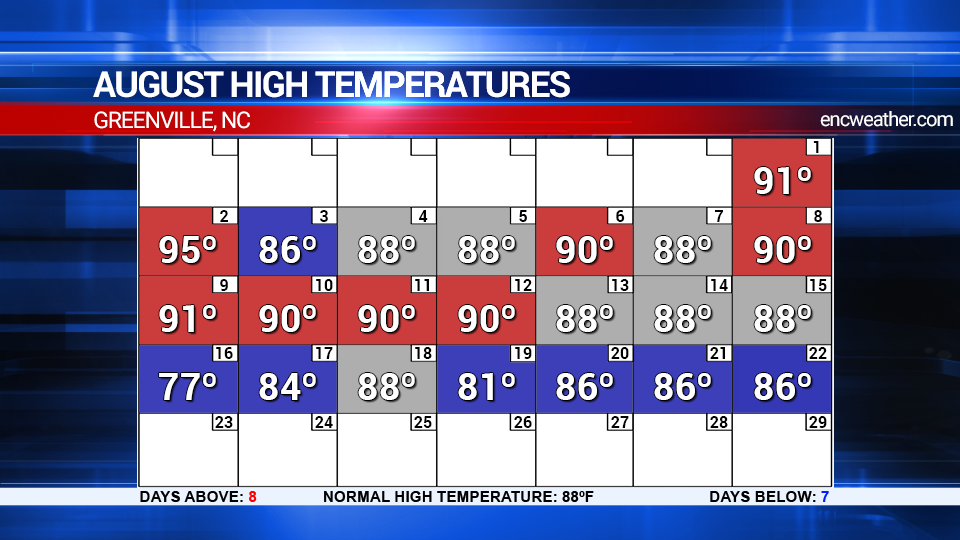 In the tropics, we continue to watch Laura and Marco travel towards and eventually through the Gulf of Mexico. Both storms are forecast to make landfall along the Gulf Coast potentially as hurricanes early next week. Neither storm poses a threat to ENC.