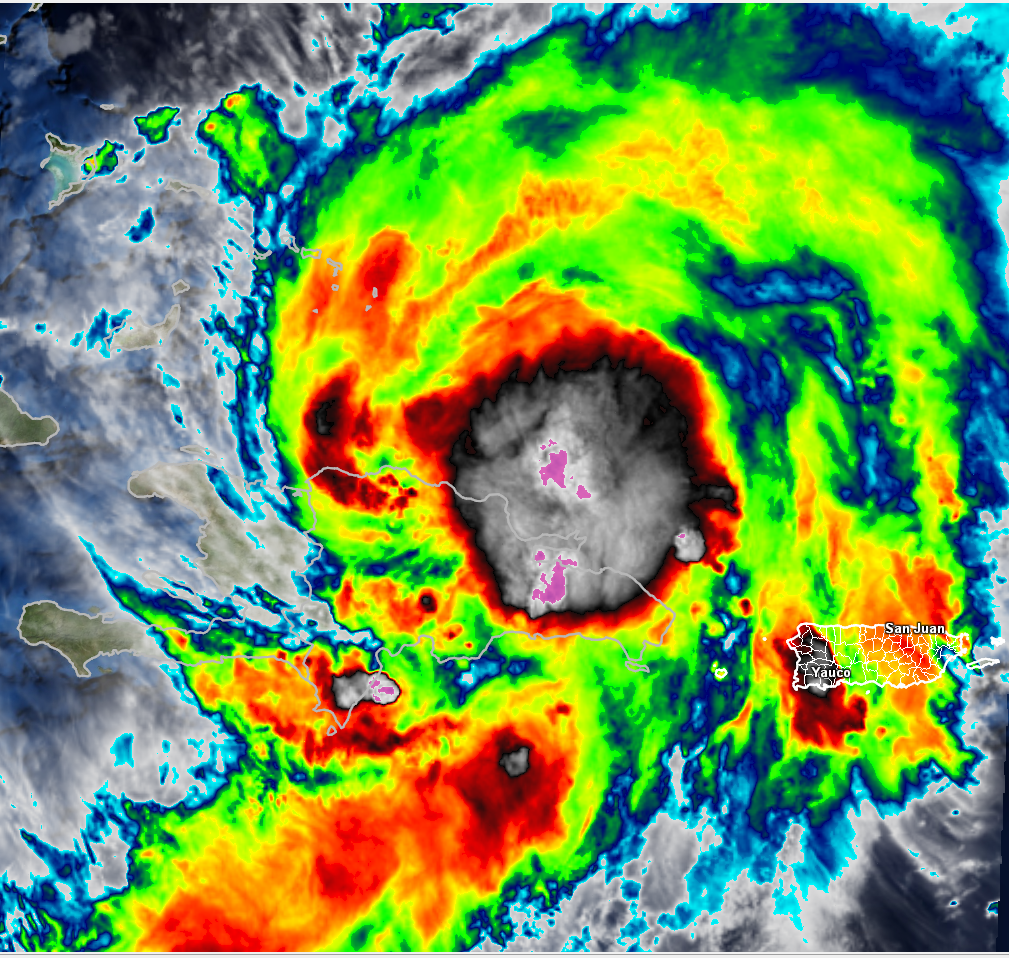 Once the storm has pulled away from the island, it will be encountering much warmer waters which could be conducive for development. The intensification will most likely not be rapid as some mitigating factors will be present to impede the storm’s strength. Satellite images continue to show dry air surrounding the storm from north of the storm around to the southwestern side and wind shear possible effecting the storm long-term. Forecast models diverge some over maximum strength due to the uncertainty of the extent of the southwesterly shear as the storm approaches the east coast of Florida. The official forecast strength places Isaias as a category one hurricane by Saturday morning but not strengthening much beyond that as it moves north-northeastward.

The storm track remains northwestward over the next two days as it traverses along the southern side of the sub-tropical ridge over the Atlantic. The trough forecast to dive southeastward will begin to erode the western side of the sub-tropical ridge and the storm will begin to turn northward and then northeastward near the east coast of the US. The exact track of this storm is still highly uncertain and could change as new data arrives.

There are several different scenarios that could play out over the weekend as the interaction with this weakness in the ridge and Isaias. The difference in forecast tracks at this stage range from a direct Florida landfall to staying off the east coast completely. NHC’s official forecast has shifted eastward over the past 24 hours and so have some of the forecast models. In this scenario, Isaias is a stronger-deeper storm which typically favors a eastward track in cases such as this. The forecast should become a little clearer once Isaias has pulled away from Hispaniola and see what affect the island had on the storm. I would say things will become a little clearer over the next 24 hours and we see how all the synoptic features that will steer this storm present themselves.

One thing that is becoming clear is this will have the potential to impact the entire eastern coast from this weekend through mid-week. All residents within these locations should monitor the storm over the next couple of days and prepare now instead of waiting until the last minute.

The NHC has placed ENC in the cone of uncertainty with the arrival of the center sometime on Monday if the forecast doesn’t change. On that track, Isaias is forecast to be a hurricane near the ENC coast. Whether it makes landfall or not we don’t really know at this time. We will know more tomorrow once we see the position and condition of the storm as it pulls away from Hispaniola. I will update again tomorrow evening with the latest updates of the future track and strength of this storm. 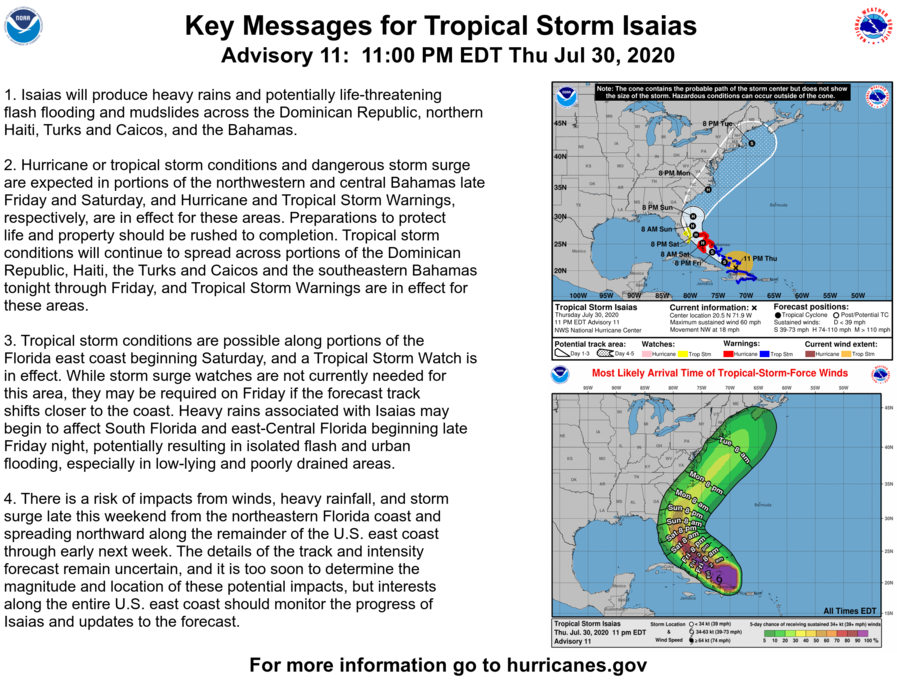