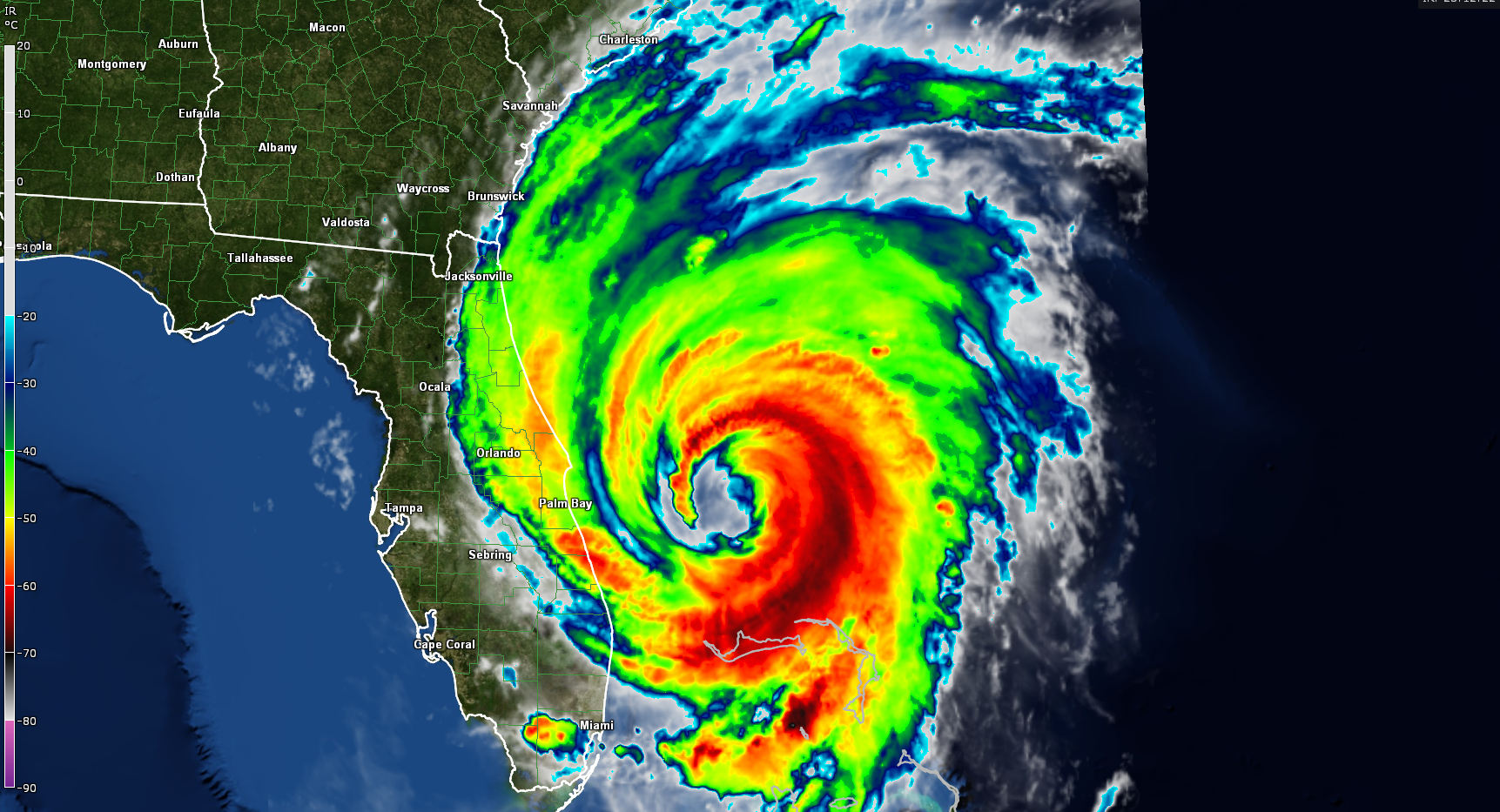 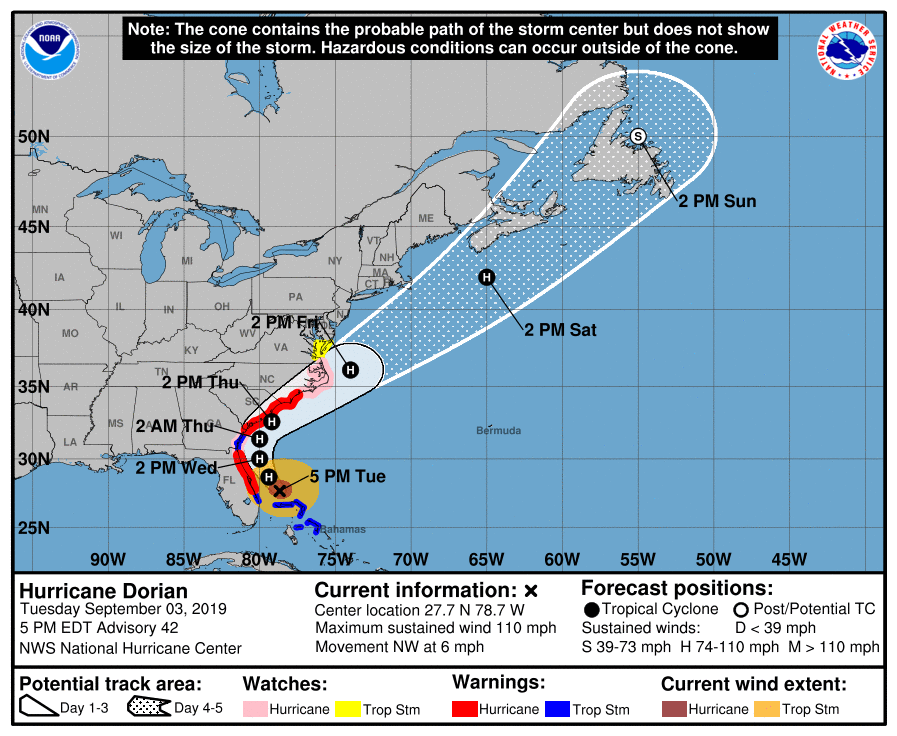 I will start with the official forecast from the NHC. For the past two days, Major Hurricane Dorian has been hammering The Bahamas bringing catastrophic winds with sustain winds of 185 mph with gusts to and possibly more that 200 mph. Dorian approached the islands moving west around 8-9 mph and once it reached the Grand Bahama Island it became stationary for over 24 hours. The damage and devastation is absolutely terrible and the photos and videos from the area are heartbreaking.

The following is my opinion of the possible forecast and not an official forecast. For official information, listen to your local authorities and never make a decision based on information from non-official media/social media outlets.

This forecast hasn’t changed much from yesterday’s update and only minor changes were made. All model images were taken from the same GFS run for illustration purposes only.

Dorian has begun its move northwestward and should remain on that track for the next couple of hours. The core of Dorian is tracking close to the eastern shore of Florida however not as close as the models were previously forecast however a tug to the west would bring the core near shore. Dorian has weakened into a category 2 hurricane and should remain that strength for the next two days at least as it travels along the southeast coast.

Ridging over western and central US builds back in slightly to the north of Dorian and a strengthening ridge over the Atlantic could track Dorian closer to the NE Florida coast Tuesday into Wednesday. Hurricane conditions could still occur along the coast however the center of the storm should remain offshore (though minor shifts to the track could bring the center onshore during that time period but are looking less likely).

On Wednesday, we are keeping an eye on a feature that will round the north portion of the high over the central US and dig southeastward weakening the eastern periphery of that high freeing Dorian to lift northeastward as the final trough digs in from the northern Plains and eventually pushing Dorian from the area by early Friday morning.

If the current model forecasts hold (big if) we should see Dorian approach the North Carolina coast from the southwest as a category 1 or 2 hurricane. Some of the models keep it offshore while some bring right up the coast with a chance of landfall along the Outer Banks. As Dorian travels northward, the wind field will increase in size allowing tropical storm force wind gusts inland and possible hurricane force winds along the immediate coast with a close passage of the storm. If it tracks further off the coast, the wind threat moves further east with it. There is also expected to be heavy storm surge that will impact the entire coast as it approaches the area. Heavy rain can be expected with the passage with the storm with areas closest to the center getting the higher rainfall totals. For more information about the impacts from Dorian for your area, visit the NWS Newport/Morehead City website which has an updated briefing of all threats to the area.

That is all I have for the night. I will keep an eye on the storm and will update if anything changes.