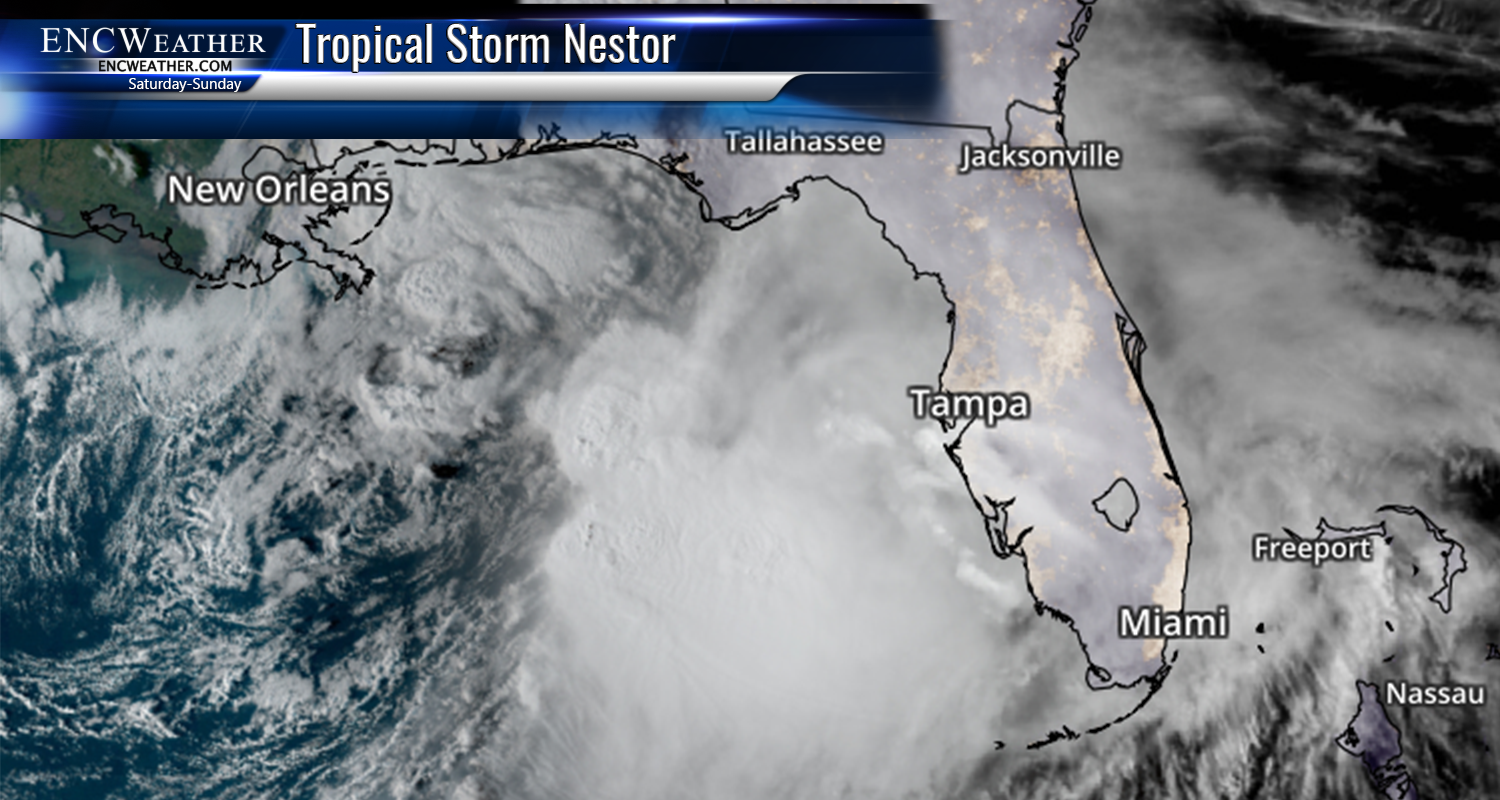 Tropical Storm Nestor is less than 24 hours out of landfall along the Florida Panhandle. After making landfall early Saturday, Nestor will begin to weaken and become extra-tropical as it moves towards ENC Saturday night. Clouds will be on the increase through the day Saturday with high temperatures topping out in the upper 60s in the north and low 70s in the south. The onset of rain should begin right after noon for areas along the NC/SC border and continue to spread northward throughout the remainder of the afternoon. By 8:00pm widespread rain should be occurring across the entire area and continue through the early morning hours.

There remains the threat of isolated tornadoes on the right side of the storm which includes most of ENC. SPC has a marginal risk for the southern 2/3rd of the area.

Main story about this system will be the heavy rainfall over our area. We can expect widespread rainfall totals exceeding 2″ with the potential of 3″ or more in some areas. The higher amounts will depend on the exact track of the system. A track further inland brings the heavier rain more inland (west of highway 17) and a track closer to the coast moves the heavier precipitation closer to the coast as well.

Strong winds with this storm will be primarily along the coast with winds gusts in these areas roughly 35-45 mph. Some coastal flooding could be a concern in that area as well.

More updates to follow on Saturday as we watch the progress of the storm.

Freeze Warning In Effect From 1:00AM to 8:00AM Wednesday